I usually don’t ever write about big disasters happening, mainly because I feel like everyone else is covering them, but I feel called to it tonight. Being from South Texas, I’ve never had to even think about tornadoes (like the Oklahoma tornado), just hurricanes.

Hurricanes are really scary, but tornadoes seem so much worse.

My father-in-law knows first hand about tornadoes…he lived through one in 1979. Wichita Falls, Texas is known as “Tornado Alley” and the thought of living in a place like that is scary.

I remember bits and pieces of his story- wanting to drive to the mall to pick up his sister before the storm hit but being unable to get her, running out of gas and getting his father to get him to take him home (which made him just miss where the tornado touched down), everyone piling into the center hallway of the house, the doors slamming from the vacuum, the roof ripped off…their house completely smashed- the only part left was the main wall that held the hallway and a little closet. Luckily, no one in the family died, but it was a scary event.

My father-in-law is like the one person I’d like to be with if a tornado happened. He knows where to go, what you need to take with you, puts on the tv and radio to get as much information as possible, and is calm as a cucumber.

I only wish the people in Oklahoma tonight had my father-in-law with them through such a difficult day. To have so many dead is devastating. A tornado 2 miles wide is unimaginable to me and it’s even worse to think that this terrible weather is coming in waves. Not only that, but y’all know I’m in the teaching profession, so to think about students in schools being killed from a natural disaster- it’s sickening.

I’m so glad that all my friends in Oklahoma are safe and sound. SO THANKFUL. Still, there are so many people that have been killed, hurt- physically and emotionally, and so much more. I decided to make a banner for those affected.

I don’t have a clothing shop or a huge Etsy shop, BUT I’m a blogger. Bloggers are known for being able to spread the word and make things go viral. I want to support Oklahoma in the one way I know how- through social media. 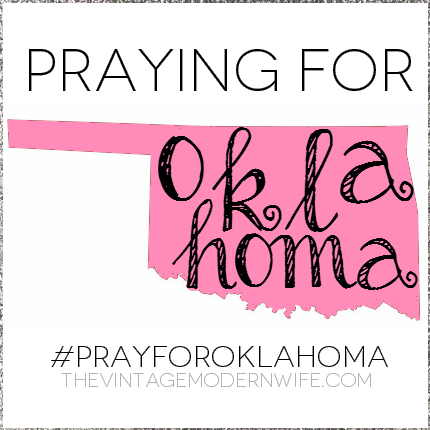 Disclosure: This post may contain affiliate links and/or product(s) sent from companies or their PR team for editorial consideration. For more information, please view my disclosure policy. 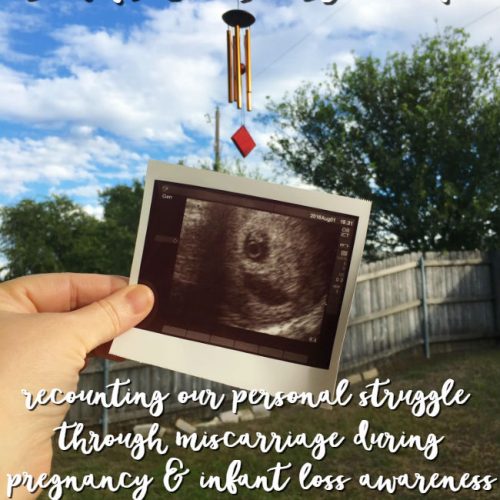 I am 1 in 4: Recounting Our Personal Struggle Through Miscarriage

Hey everyone! I'm Stephanie. I'm a pseudo-crunchy stay at home mom to Addie and Lawson. You'll find lots of great stuff here: leading a no limitations life for our special needs daughter, our essential oil journey, Disney love, travel adventures, and much more!

END_OF_DOCUMENT_TOKEN_TO_BE_REPLACED 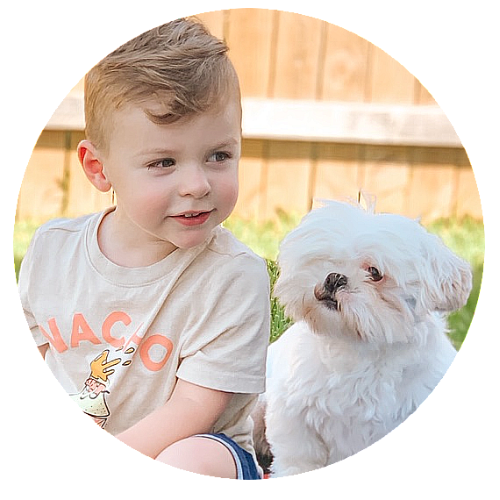 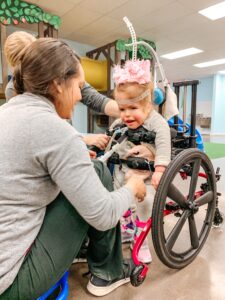 Tell us something GOOD that happened to you this w

Have you found yourself more or less motivated to

Have you ever wanted to fully know Addie’s journ

Are you an indoor kind of person or an outdoor per

I wish I had childlike innocence again. Run, jump

What Halloween costume was your favorite that you